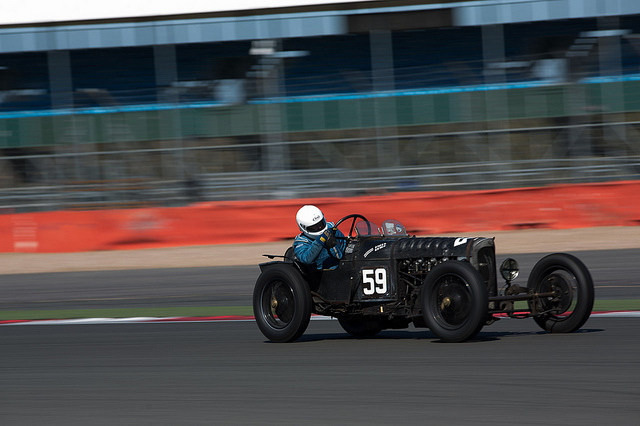 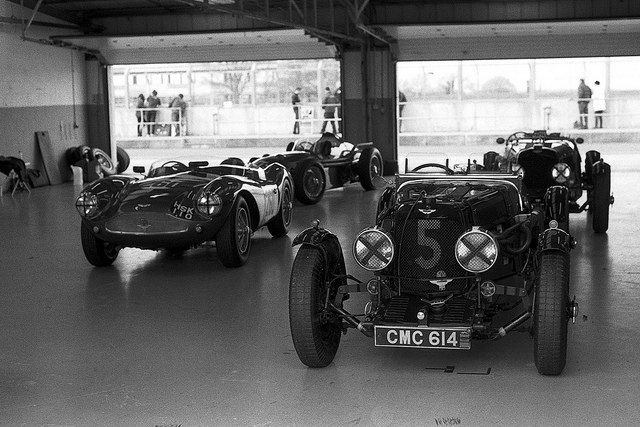 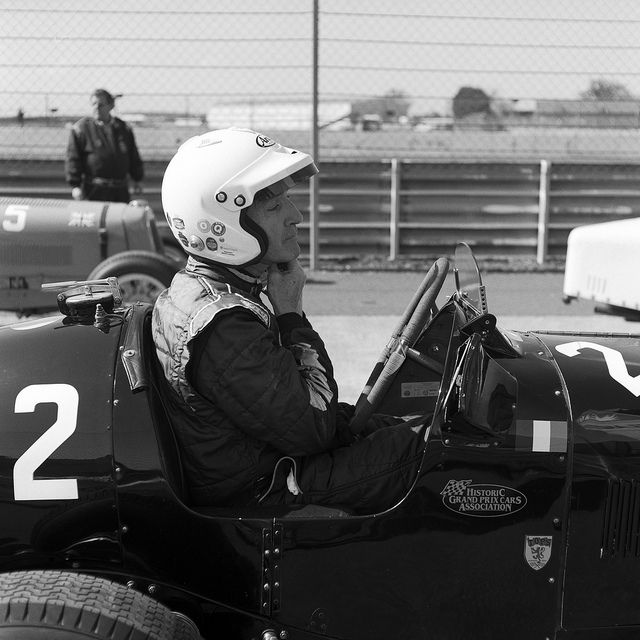 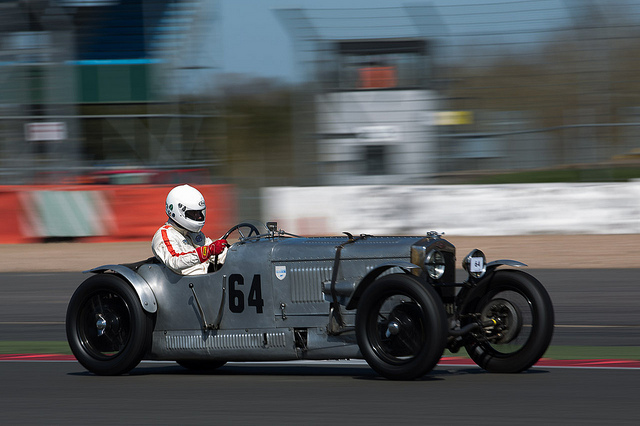 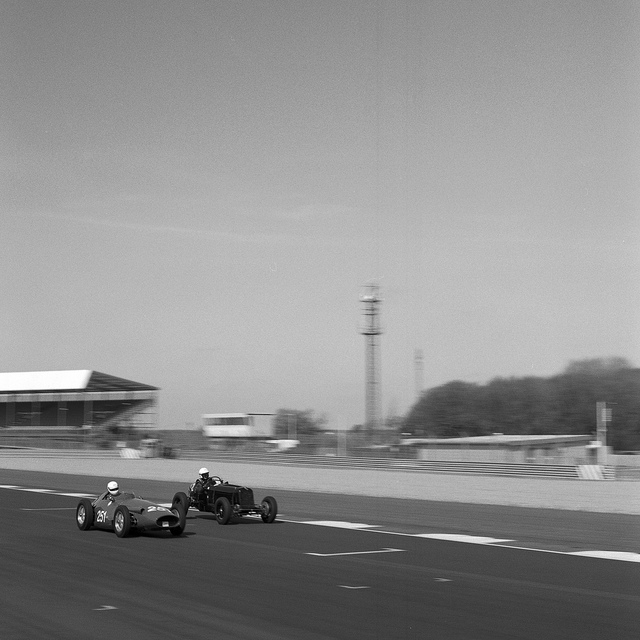 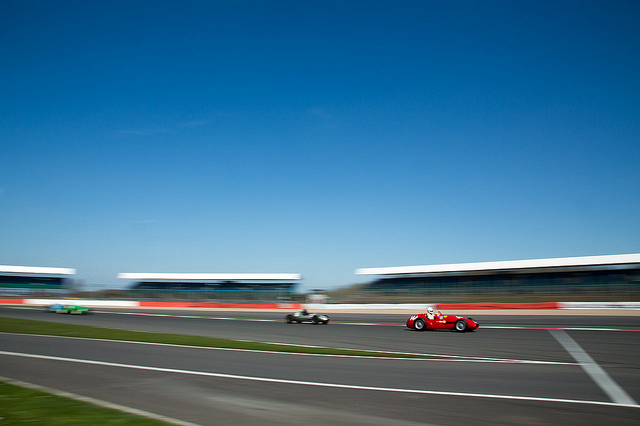 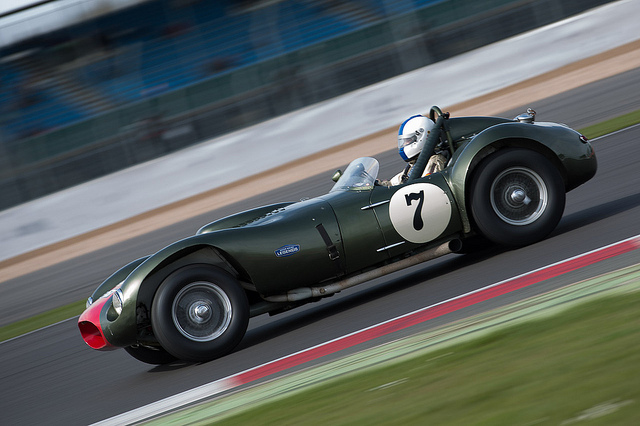 With full media accreditation, I was able to access track side position to photograph from, including the paddock and assembly areas. I was able to photograph the driver and their machinery as they prepared to go out on track and battle for race winning honours.

Film and digital photography at Silverstone

I chose to photograph with a Canon 5D MkIII digital camera and professional lenses, as well as on 35mm film and medium format. This gave me both exciting and dramatic images, as well as a nostalgic, fine art style photographs from the film cameras.

I have printed a number of the film photographs in my darkroom, while the digital images have been prepared for professional print and put into the Chain Gang Gazette magazine.